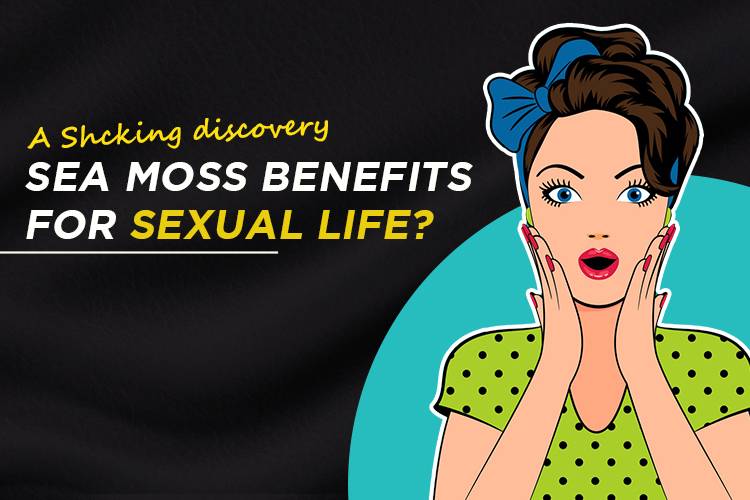 Sea moss is a general term used to identify algae. There are different types of sea moss in the world. If we consider the variety, there are more than a million types of algae in the world. Fortunately, only 13 specific species of algae are commercially available [1]. The rest are still floating in the ocean somewhere in the world.

Common types of algae in the Pacific shores are red (Rhodophyta), brown (Phaeophyte), and green (Chlorophyta)[1]. Simultaneously, some popular commercially available species of sea moss from the Atlantic Ocean are the Chondrus and the Gracilaria.

Is This A New Discovery?

No, sea moss has already been recorded in many different parts of the world, even in the early 18th and 19th centuries.

Over time, sea moss has been a household item because of its uses as a food additive for soups and even vegan pastries. It is also a good base for smoothies and jams. Sea moss is becoming a go-to thickener for many households.

Its popularity has just been revived recently because of Dr. Sebi, a naturalist, who advocated the remarkable effects of sea moss on the body.

More so, sea moss has saved a lot of Irish people during the potato famine. It has become an alternative food for them. Some have also used it as a cough remedy because of its good antibacterial properties.

While on the other side of the Atlantic, sea moss was used by the Jamaicans, even up to date as a libido elixir. Jamaicans pass down the knowledge or belief of the sea moss benefits for sexual life. It has said to enhance the body’s capacity and healthy.

Because of many claims and well, its popularity, different researches were also done concerning sea moss’s benefits.

Let’s get to the science behind the claim.

Sea moss is acknowledged as a superfood. If sea moss bought is like the one sold by Earthbal, it is undoubtedly, non-GMI, Gluten-free, and wildcrafted.

Because of this, it is not just a superfood but also accepted as a wholefood. Since then, it has been a recommended food for many vegan diets.

According to much research, sea moss is beneficial for thyroid glands. It helps maintain it. Further, because our thyroid needs iodine, which is not made by the body in vivo, it needs an external source. Which sea moss significantly provides.

What’s The Thing With Iodine?

Iodine is an essential nutrient for the thyroid gland to make its thyroid hormones. And hormones function for the body to work well. It is your messenger for coordinated muscle movement and even some memory functions of the brain.

Aside from iodine, several researchers have also found 92 micronutrients from sea moss. And more vitamins like Vitamin D, Zinc, Iron, B-complexes, and even Vitamin C and proteins for collagen.

Beneficial For The Body?

Because of its micronutrients and vitamins, Sea moss is beneficial for the heart and the brain. It gives the right nutrients to the brain in addition to a fair amount of thyroid hormones. A healthy heart rate is also another benefit of sea moss.

Because of the natural antimicrobial and anti-inflammatory effect of sea moss, it also boosts the immune system. Which essentially helps the body to operate very effectively. This is also why people back in the 19th century found sea moss a good cough expectorant.

How About Sea Moss Benefits For Sexual Life?

Although little to zero official research was made regarding the libido help of sea moss, the traditional sea moss benefits for sexual life has been passed down for generations.

So why do people back in the 18th century think so? If we look into the science into it, sex hormones are lipid-soluble, derived from cholesterols.

But just to clear out some confusion. Sex hormones are not just hormones to increase sexual function, but it is also necessary for many other body processes. Much of its effect is observed in our sleep quality, growth, and even in our appetite.[2]

Sexual development and reproduction are their primary function. With these hormones, the body develops according to its make up, like how testosterone affects the growth of hairs in certain parts of the body like a beard. Another is like how estrogen helps females ovulate and menstruate. All of these are functions of a sex hormone.

Going Back, Sex Hormones Are Lipids, So What?

Lipids are from lipids, of course. This is why Vitamin D, a vital nutrient in the body, is considered a pro-hormones for these many lipid types of hormones like your progesterone and estrogens. Pro-hormones mean that they can be converted into the hormone.

Vitamin D is an essential nutrient to the body. “Essential” scientifically mean taken from the diet because the body cannot make it in vivo. Although the body can “absorb” vitamin D from the sun, the risk of free radicals development can happen.

Once vitamin D enters the body, it is directed to the liver to be converted into Calcitriol, which very crucial to different functions of the body, including

What does testosterone do? Testosterone is dominantly a male hormone. [3] It is directly linked to sex drive and sperm production. More so, it is an androgen, which makes male feature male.

Back to the main point, sea moss, a vitamin D rich whole food, is beneficial for sexual life. Not just in sexual life but also for conception. It helps males maintain their testosterone level and assure better health through the thyroid and parathyroid function. [4] It is also beneficial for women trying to conceive because sea moss is rich in Folate and B-complex. It also has the right amount of iron and zinc.

There are positive sea moss benefits for sexual life for sure.

Although sea moss benefits for sexual life are promising, it is still necessary to take only a reasonable amount needed by the body. It is also essential to keep a healthy lifestyle and a healthy diet to have better body health.