The Best Hair Treatment in the Market: Use Sea Moss and Bladderwrack For Hair Growth 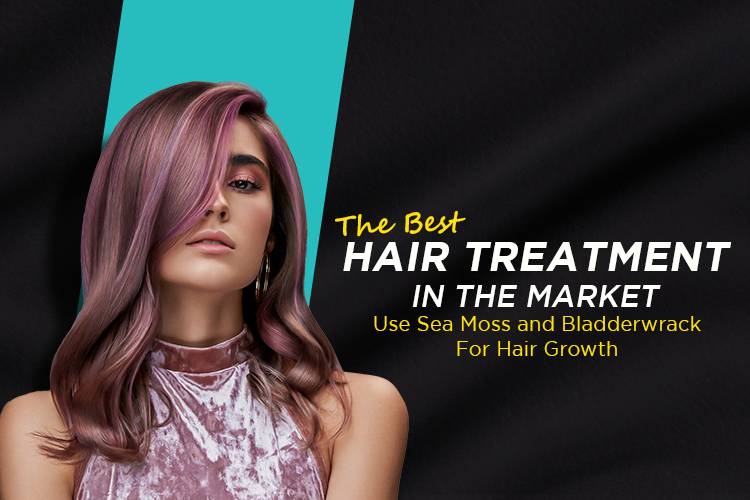 The Best Hair Treatment in the Market: Use Sea Moss and Bladderwrack For Hair Growth

In recent years, sea moss and bladderwrack have been dominating the healthy and whole food section because of their unbelievably amazing benefits to the body.

Sea Moss alone is enough to sustain the body’s requirement but adding in bladderwrack to the equation has also increased the nutrients and effect of sea moss.

More so, sea moss and bladderwrack complement each other. Unlike some vegetables and plants that have an antagonistic effect, these two are well partnered together and boost the effect of one another.

Sea moss may be considered as a plant but it is actually a red alga. It is mostly found on the rocky shores of the ocean. There are different types of sea moss all over the world. There is brown sea moss, red, purple, golden, green, and so on. Usually, the variation is because of where it is found.

Sea moss has been gaining more popularity these days because more and more people are discovering its benefits.

Dr. Sebi, a naturalist doctor, is a great advocate of this food. He promotes sea moss as a superfood that can help remedy many diseases. He also expresses that sea moss has given him the nourishment to keep his body better than his age.

Furthermore, sea moss is a vegan approved and whole-food diet-approved because of its good and natural quality. And, sea moss is actually sold in dehydrated packs, which are very much like how the original sea moss is- no preservatives, no processing.

Similar to sea moss, bladderwrack is a brown alga. Bladderwrack is mostly found on the shores of the Atlantic. More specifically, they are found in waters with less salinity like in the North Atlantic area.

What is interesting about bladderwrack is it actually likes to live and thrive underwater. Unlike sea moss that can survive flowing in the water and swaying with the tide, bladderwrack is more sensitive to the changes in tide and may easily get damaged.

A good quality bladderwrack is usually with air bladders. This means that the bladderwrack has been cultured or was harvested from a stress-free environment.

Although more sensitive and fragile, bladderwrack is not any less in nutrients than sea moss.

Benefits of Sea Moss and Bladderwrack

This is what complement really means. It amplifies the benefit of another in order to get a better effect.

The most common benefit of sea moss and bladderwrack is that both of these superfoods are rich in vitamins and minerals which is helpful to nourish the body and supply function.

Both sea moss and bladderwrack are rich in Iron, Iodine, Zinc, Vitamin B, and Vitamin C which are essential for the body to function properly. One benefit of having a sufficient amount of these vitamins and minerals in the body is that the thyroid gland which is a very important regulator of the body is healthy.

Having an adequate amount of micronutrients in the body also helps the external complexion-hair skin and even eyes be better, As they say, what is on the inside radiates to the outside.

A very observable signal of the situation of the body is the hair. The hair and scalp quality, and growth rate to be exact. A very common cause of hair problems or low-quality hair is the diet.  Having a deficiency in copper in the body can lead to kinky hair or that low B-complex can actually lead to severe hair loss.

There are also researches that found that crash diets or those that acutely remove protein in the diet may lead to poor hair quality and skin quality. This is due to the deficiency in essential amino acids which are the building blocks of the body’s hair and skin.

Thus, the hair- hair bulb, and the scalp need to be healthy in order to have good quality hair. The scalp is also a very important part because it determines how severe your hair loss can get. It is normal to lose some hair daily but too much may actually be precarious.

Sea moss and bladderwrack for hair growth? As mentioned previously are rich in the necessary minerals and vitamins for better hair growth such as iron, zinc, biotin, and vitamin C.[1]

As it is known to all, iron is the O2 carrier of the body. Having high oxygenated blood is very helpful in hair growth. There is a study that showed a positive correlation between anemia and hair loss, and this is mainly due to iron deficiency.

Zinc is a mineral that is directly associated with hair growth and repair, so as in all the other skin and organs. Furthermore, zinc is mostly responsible for giving the hair its shiny and healthy look because it is a required supplement for the sebaceous glands. Sea moss and bladderwrack for hair growth is surely a thing with a good amount of Zinc in them.

Biotin is also known as Vitamin B7. It is responsible for hair elasticity. Which makes it an important factor in hair growth. It is an important ingredient in building the collagen and elastin in the hair. Both elastin and collagen are components of a hair follicle. More so, the determinant of the hair quality.

Vitamin C is your natural hair protector. Vitamin C usually protects the cell from free radical oxidation which can happen when the cells are exposed to UV or sun- causing sun damage. Vitamin C is a very impressive natural antioxidant in the body.

The hair is the first line of defense before the sun rays can attach to the skin. It is literally attacked daily but UV or damaging elements like pollution. In order to maintain good quality hair, make sure to keep not just the outside but also the inside healthy. Take Sea Moss and Bladderwrack For Hair Growth and protection.